“The wine is the most attractive and the most charming of beverages.” 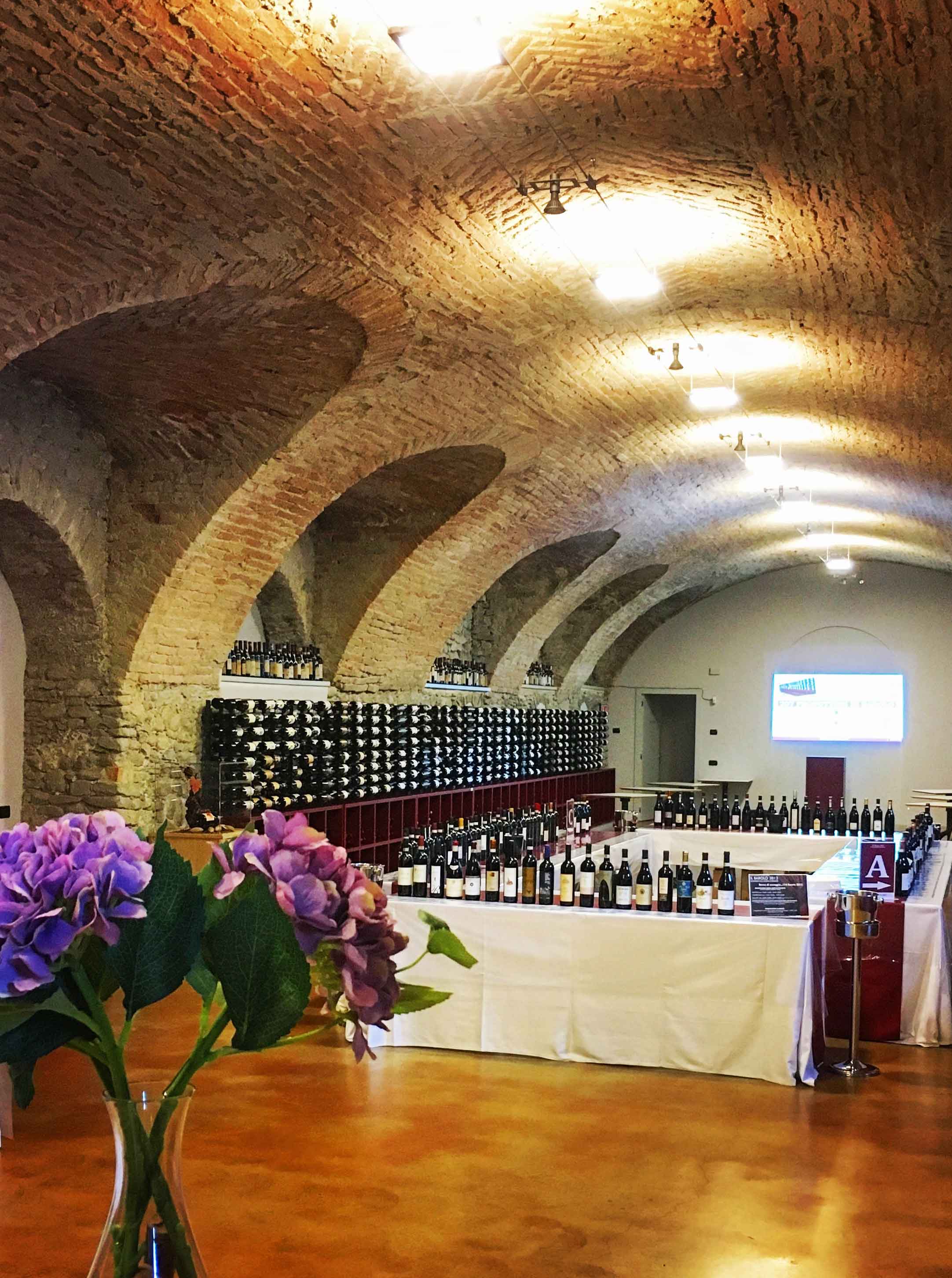 New admissions and audits of the wineries already included in our group: a wide and qualified panorama, made up of family-run cellars and large companies united by a careful and accurate production philosophy that has obtained the suitability from our “A. Cordero” Tasting Technical Commission.

Our philosophy
I must thank my husband Franco Schellino who in 1989 decided to leave his graphic work and came back home.
We revived the old vines planted by my grandfather.
We learnt to prune and tie the vines working together, my grandfather, my parents and my husband.
Franco has a special sensibility about plants and animals which is rare, he has the capacity to worm secrets to improve the well being of the plants.
My husband is a quiet man, but with patience and attention it’s easy to observe the love and respect he has for the land.
It has been a privilege for me working together all these years.

The curiosity for the complexity of tastes and scents leads the work of Abbona wine to undertake a continuous and daily research of new discoveries and keener sharpening.
The Abbona winery was founded in 1970. Our house plunges its roots the everyday tradition of wine, a passion for tastes and scents renewing itself from past to future generations with a cultural patrimony evolving with the best care and devotion.
Our customers’ support and approval to this concern induce us at the same time to a greater and greater zeal in improving our laborious and satisfactory activity.

In Costruzione
*****
Work in progress

The scenery and celebrated the Langhe is the background to the history and activities of our small family-run company, founded in 1900. We are in Diano d’Alba, a small rural village, located on soft green hills. The geographical coordinates are important to know the peculiarities of a single territory: the same peculiarity that knows Claudio Alario, owner and soul of the company. From three generations we dedicate ourselves with seriousness and dedication to the care and cultivation of the vine and the sale of grapes, but it is only thanks to Claudio that we came to the winemaking and bottling of wine. In 1988, our young and ambitious producer, making the most of the concepts learned at College of agriculture and several years of direct experience in the field, decided to transform the generous products of our vines in the wine. We started with producing only the Dolcetto, to then continue with Nebbiolo and Barbera and joining in 1995 also in red wine. Our vineyards are located in the municipalities of Diano d’Alba, Serralunga d’Alba and Verduno have an age ranging between 20 and 50 years and enjoy all of the exhibits inside. The philosophy of the company is looking for a continuous and constant improvement with the aim of reaching a final, more quality. In particular, today, our commitment is made in the realization of a low yield in the vineyard in order to ensure a higher quality wine.

The company was founded in 1958 when Crissante Alessandria, the son of winemakers, together with his wife Teresa, decided to make wine from the grapes in the family owned vineyards, grapes which until then were sold to the important cellars of the Langa. Within the underground walls of the Roggeri farmhouse in the Santa Maria region of La Morra, Crissante produced his first Barolo from the Nebbiolo grapes from the Roggeri and Capalot crus with traditional refining in 25 quintal Slavonian oak casks. Over the years the company grew, new vineyards in excellent positions of the municipality of La Morra were purchased and the separate vinification of the Capalot and Roggeri crus began in the eighties, followed by the Galina cru in 2007, gradually renewing the wood in the cellar to obtain an appropriate balance between barriques, tonneaux barrels and classic medium-size casks.

A taste of poetry

It Was Noah who discovered the wine, so says the tradition
There is evidence that the Bible was right
Where the Ark landed after the flood of the universe
The patriarch took a colossal hangover.

The King of the Wines, the wine of the Kings is by all defined
Even King Charles Albert was so impressed
That the Marquise da Barolo started wine barrels
On a long line of carts that entered Turin

The Barolo came to the royal house
Carlo Alberto said: This wine is really worth
On fertile hills and land of Ubertoso
We cultivate the Nebbiolo, a precious grape.

This wine in the goblet shines like a ruby.
It looks majestic and its Divine spirit
All the palates are really nice
It was named after a lovely country.

… And we’re going to start with a greedy event…

Send us an email

The dialogue and the updates are essential…

Soon we will be ready with our new Newsletter!